I am honored to be a part of such a wonderful company. I have met so many awesome people, co-workers, acquaintances, and have connected with my community even more in the past years because of this team. Each relationship is one that I cherish, and strive to build deeper. I thought I would share how the company of RE/MAX got started, and continue to “unlock new doors” of their own.

It all began in 1973, when Dave Liniger had a dream to start a real estate powerhouse that would allow experienced real estate agents to run their own real estate business under the canopy of one company, and keep most of their commissions. This changed the real estate mindset and view, forever.

Dave joined forces with Gail Main, Bob Fisher, and Daryl Jesperson in Denver, Colorado. Just two years later, the franchise was already expanding in Kansas City, and then in 1977, just four years after RE/MAX began, the company had a branch in Calgary, Alberta and officially had gone international. The core group worked hard to build a company that was founded on hardwork, a love for people, and a determination and drive. A year later, in 1978, the RE/MAX balloon was flown for the first time at the Albuquerque Balloon Fiesta, and in 1979, the balloon became the official logo. Just like that, RE/MAX had built a brand that would survive the years – it’s still a strong brand today, and one that is easily recognizable in the community.

RE/MAX continued to add more and more experienced, hardworking agents, who strove to get to know their surrounding communities, and help each client to the best of their ability. In 1984, the RE/MAX agent count hit 5,000, in 1986 they hit 10,000, in 1989 they hit 25,000, and by 1998, they had reached 50,000 agents. RE/MAX became #1 in Canada in 1987, and has stayed there still today! In 1997, RE/MAX closed more than 1 million transactions, and earned the slogan, “Nobody in the world sells more real estate than RE/MAX.” This slogan also fit because RE/MAX launched their Europe branches in 1995 with Spain, Italy, Germany, and Israel, as well as Southern Africa. Soon after, successful regions expanded to the Caribbean and Australia. The RE/MAX Satellite Network began in 1994 and exploded the real estate industry with being the first and only satellite training system of its kind and completely raising the bar with real estate education.

RE/MAX wasn’t exempt from challenges though, but that is what grows a business, as well as individuals, right? The United States housing collapse and global economic crisis in 2007 was hard, but Dave Liniger worked hard to find problem-solvers and solutions. RE/MAX began to focus on helping families avoid foreclosure – they worked with major lenders, met with top government officials, and helped train agents. In the end, RE/MAX had trained their agents to become educated and super knowledgeable in assisting struggling people in property situations.

Today, I am proud to be one of more than 120,000 agents across the world that work under a company that not only is focused on growing and continuing to train their agents in the most educational way possible, but also cares and wants the best for each client and their community. 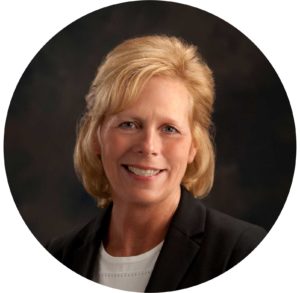